You would never hang out a sign saying “Pests Cordially Invited”. But some conditions in your residence may offer a great haven for all kinds of pests to flock, not just to hang out but to nest and multiply by the thousands. Some like it hot, some like it cool, most pests like moisture and darkness, but all like something to eat. Damp, dark cellars are a favorite habitat, as well as are kitchens, cupboards and  bathrooms. Keep your home clean.  Don’t leave  a gourmet meal for any of these pests in the kitchen they’ll snack on carpets, books, wood and even the walls of your house. Sometimes, despite flawless housekeeping and the best of intentions, pests enter in bags or cartons from the grocery store, in furniture, or even in secondhand appliances. Television sets, because of their darkness and warmth, are prime offenders. More information on this website

ZEROING IN ON THE WORST OFFENDERS INDOORS

COCKROACHES exist in 55 varieties in the United States, but only 5 kinds are troublesome indoors. Not only do they spread disease by contaminating food, they create an offensive odor in large populations. Indeed, even dishes crossed by cockroaches may give off an offensive order unless they are washed thoroughly before food warms them.

Because cockroaches multiply so rapidly – one common German cockroach produces forty more every thirty days – it is essential to determine their hiding places. One method of doing this is to enter a dark room quietly, turn on a bright light and see where they run.

MICE look for a steady source of food supply. They, as well as parasites which live on them, contaminate food with droppings, urine and hair. Able to squeeze through incredibly small openings, these tiny animals – often weighing less than an ounce – can enter a house through basement windows, small holes in the foundation, vents in the basement or attic, and gaps in weather-stripping.

RATS pose a larger problem, especially in areas where poor sanitation and accumulation of garbage provide ideal conditions for them to breed. Ranging from six inches to a foot long, they nest in basements, attics, sewers, subflooring, open garbage cans and piles of trash. Active mainly at night, rats contaminate food with disease germs and filth that can cause acute food poisoning. Worse, they will bite people – particularly small children who have been left in bed with milk, juice of other food.

TERMITES live in underground colonies and feed on wood products. You may never see them, even if they’re feasting on the lumber that’s holding your house together. Fortunately they work slowly, giving you several years to discover their presence before they cause substantial structural damage to your house. You might see a swarm of termites during the spring due to temperatures and moisture conditions. A telltale sign is discarded wings on the floor or windowsills after a warm rain in early spring. But, termites can be active at other times during the year, such as during the winter in heated basements.

Because termites strike five times as many homes every year as do fires, the annual bill for damage they do is astonishing. In addition to destroying wood, they’ll eat books, clothing, and anything else containing cellulose. One way to detect their presence is by the characteristic pattern of destruction: they eat the soft part of the wood and leave the annual rings intact. Another sign of their presence is mud tubes constructed along obstructions they cannot chew through. However, such signs are not often readily visible.

ANTS come in more than twenty household varieties and have many tastes. Some prefer sweets, others like grease, and still others feed on insects and seeds.

CARPENTER ANTS are frequently confused with termites because they, too, destroy wood. Unlike termites, however, they do not eat the wood, preferring instead to tunnel channels through it in order to enlarge their living space. Although a carpenter ant has wings, his front pair is much longer than the back pair; his termite cousin has two pairs of equal length. Another distinguishing feature of the carpenter ant’s body is a pinched-in waist like that of a wasp.

FLEAS have been troubling mankind and animals for thousands of years. These tiny tormentors reproduce at astounding rates, laying several hundred eggs which hatch and mature in less that two weeks, each new flea ready to reproduce hundreds more. They enter your house on pets and lay their eggs in carpeting, bedding, and upholstered furniture. Since they must feed on blood to survive, hungry fleas can make life miserable for you and your pets, causing itching and swelling wherever they bite.

TICKS come in two varieties: American and Brown Dog. American ticks usually live outdoors but can be brought in by pets, mice and rats. These ticks are dangerous because they transmit serious diseases such as Rocky Mountain Spotted Fever and Lyme disease to humans.

The Brown Dog Tick usually lives indoors and is the only kind of tick to frequently infest homes in the U.S. Once they enter a house, they prefer to stay there because it is dry and warm. They are flat shaped and about 1/4 inch long with a uniformly red-brown appearance. They must have blood to survive, but they rarely bite humans. After feeding on your pets they drop off the animal and hide, living for months or even years without a meal. Meanwhile, they occupy themselves by laying from 100 to 5000 eggs at a time. When the eggs hatch and all the new ticks hop on your dog in search of blood, you’ll wonder why your pet has suddenly gone berserk.

SPIDERS have a bad reputation. Actually, many of the 25,000 varieties in America are helpful because they trap and eat other pests. Although they rarely bite humans unless they are injured or cornered, their venom can cause painful sores. Two species especially dangerous to man are the brown recluse and the black widow. Found in out-of-the-way spots like closets, attics and garages, the brown recluse attacks only when disturbed. Seek treatment at once, because untended bites can be fatal. Venom of the black widow is 15 times more powerful than a rattlesnake’s but because the spider injects so little during a bite, death does not often occur except in very young children.

Your best protection against spiders is to cut down on the pest population inside your house so they will move out in search of a more dependable food supply.

SILVERFISH and their close relatives, the firebrats, pose no known danger to humans, but they can do extensive damage to clothes made of natural fibers, books, wallpaper, and important records. Silverfish are wingless, slender insects with a color ranging from dark steel gray to almost black with a glistening metallic sheen.

Small and unobtrusive, they work at night and are rarely seen unless they get into a sink or bathtub and cannot climb out again. 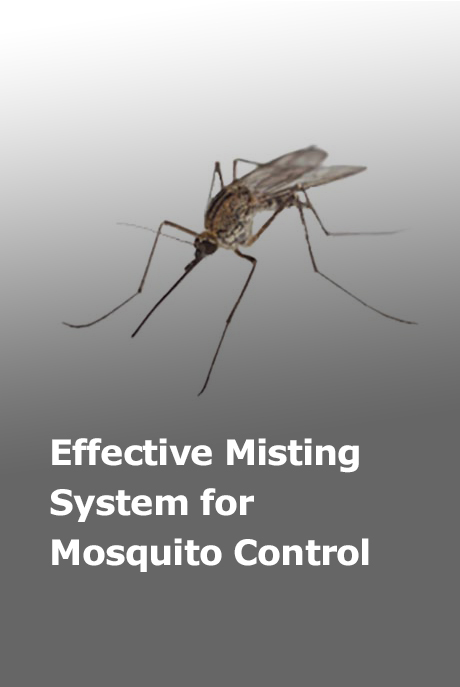